Bryan will be giving a rare solo performance of his brand new album, So Happy It Hurts March 8th at Pryzm-Kingston in the UK, presented by Banquet Records.
Along with presenting the new music without his band, Bryan is expected to take questions from the audience!
Due to massive demand and a sell-out of the first show, an earlier second show has been added.
Pre-order now at BANQUET RECORDS 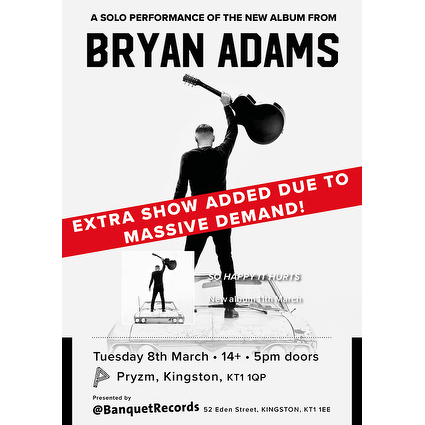